This year’s high school graduation ceremonies returned to normal before the pandemic, for the most part. Families and friends were allowed to gather for the ceremonies, and the need for everything virtual was nil. 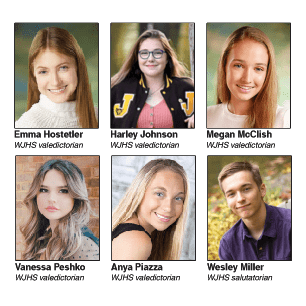 West Jefferson High School was the first school in Madison County to hold opening ceremonies this year. The event took place on May 22 at Kile Field. The students were seated six feet apart, but otherwise it was a traditional graduation ceremony.

The best Tolles student this year is Nicholas West.

The class flower is the sunflower. The color of the classroom is turquoise. The class chose Kenny Chesney’s “Just Blink” as the song and “21 and DONE!” as their motto. 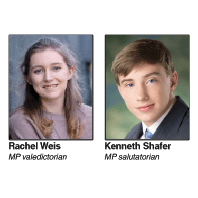 The opening ceremony for Madison-Plains High School was held on May 28 in the high school gymnasium. The district returned to its traditional ceremony while following the guidelines of the health department.

Of the 75 students in the class, eight graduated with honors and 12 are members of the National Honor Society.

The class flower is the yellow rose and the class colors are green and gold. The class motto is “Keep Your Eyes on the Stars and Your Feet on the Earth” by Theodore Roosevelt.

The grand opening of London High School took place on May 30 at Bowlus Field. Students were limited to 10 tickets each for friends and family, and groups sat in family booths at the stadium. The neighborhood brought back a new tradition started last year: the senior citizens’ parade which took place on May 27. The parade started in high school, looped through downtown, then returned to high school.

Of the 164 students in the class, 24 graduated with honors and 32 are members of the National Honor Society.

The colors of the class are black and red. The class song is “Graduation” by Vitamin C, and the motto is “It is what it is” by JE Lawrence.

The opening ceremony for Shekinah Christian School was held on May 28 at Shiloh Mennonite Church. Each graduate was limited to 25 tickets for friends and family, but otherwise, procedures had returned to normal as possible, according to school officials.

Of the four students in the class, three graduated with honors.

The majors are Brooke Cooley and Sydney Lyons. Cooley plans to babysit this summer, work in the fall, and do short-term missionary work with Youth With A Mission next spring. Lyons plans to attend Columbus State Community College for two years and then move to Liberty University to study wildlife biology.

Sophie Spiers, the Salvatorian, takes a year off. She hopes to find a job for the fall and spring and see what God has in store for her future.

The class flower is a white garden lily and the class colors are sage and lilac. The class chose “Friendship is not a big thing; it’s a million little things ”as his quote. The verse of the course is: “May the God of hope fill you with all joy and peace if you trust in him, that you may be overflowing with hope through the power of the Holy Spirit” Romans 15:13.

Of the 263 students in the class, 26 receive Lift Awards and 20 are members of the National Technical Honor Society.

Keegan Barber and Trinity Heskett are this year’s outstanding students. The finalists were Victoria Cavallaro, Riley Scaff and Cuyler Whitt.

The opening ceremony for Jonathan Alder High School was held on May 30 at Volunteer Field in Performance Stadium.

It was the first time that the school district held the graduation ceremony outside the new high school. The names of the graduates were displayed on the scoreboard as the students walked across the stage to receive their diplomas.

Of the 173 students in the class, 47 graduated with honors and 51 are members of the National Honor Society.

The class chose the white rose as the flower and the red and black as the colors. Their motto is: “Take the world as you find it, but leave it as a better place. “